In the short term, Liverpool fans were delighted with their 2-0 win at the weekend, as they moved to within two points of fourth-placed Manchester United and three points of third-placed Arsenal.

The long term impact of the result is possibly more significant though. With an average age of just 23.4, it was the youngest starting eleven of any side in the Premier League this season:

But which holds the record?

Answer: Middlesbrough. In 2006 they lined up with an average age of just 20.3 against Fulham.

Check out their XI below: 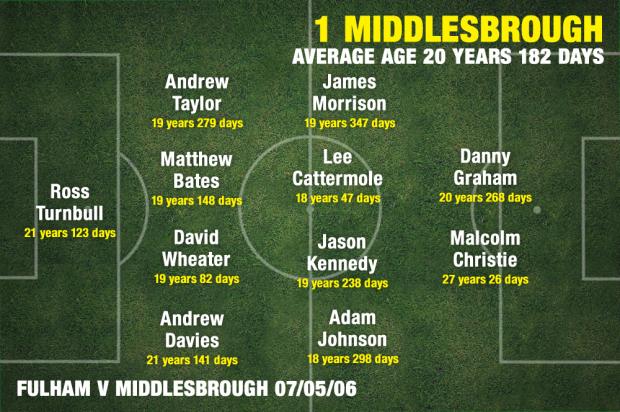