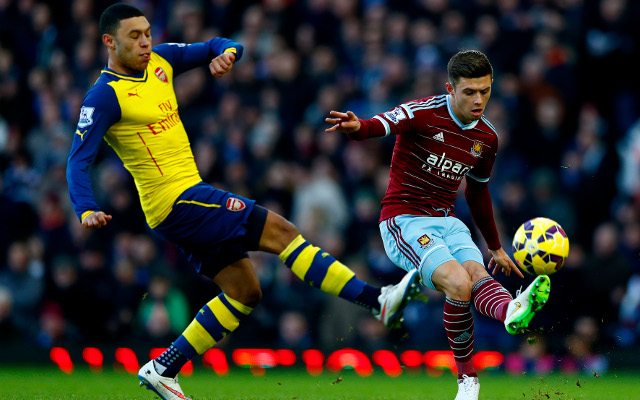 Could English youngster be about to help City meet the regulations?

West Ham full-back Aaron Cresswell is a surprise transfer target for Manchester City, as Manuel Pellegrini’s side aim to fill their home grown quota, according to tThe Express.

The left-back moved to Boleyn Ground from Ipswich Town last summer for a fee believed to be around £4m, and has featured regularly for Sam Allardyce’s side this season.

Cresswell has played 30 games and scored one goal – the winner against Newcastle in November – in all competitions, and his performances have helped the Hammers look a completely different side this season, pushing them comfortably into the top half of the Premier League table.

City have reportedly been interested in the 25-year-old for up to three years, and now he has proven his ability at the highest level, it is likely that they will attempt to sign him once again in the summer.

One stumbling block may prove to be the sell-on clause in Cresswell’s contract, which dictates that some of any potential fee will go to his previous club, meaning West Ham will drive a higher price to recoup the money spent last year.