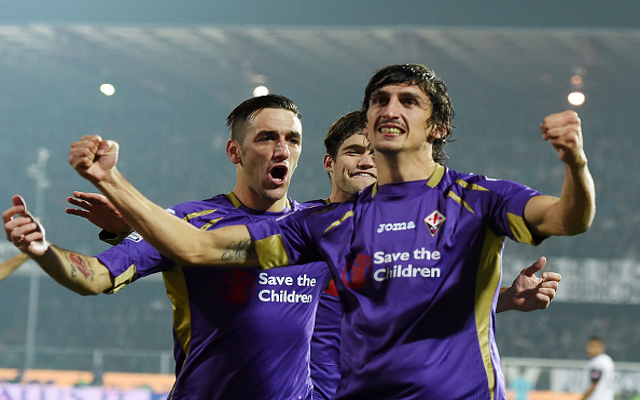 Whilst Man United fans will no doubt be eager to see Louis van Gaal strengthen their club’s defence they may well not be impressed with news coming from the Metro.

Van Gaal has seen his senior defenders struggle for form, with the likes of Phil Jones, Chris Smalling and Jonny Evans failing to impress, and as such the addition of a fresh central defensive option is key this summer though the Dutchman’s interest in former Man City flop Stefan Savic may confuse many.

The 24 year old Montenegro international didn’t do well at the Etihad Stadium, last just over a year at the club before being sold, but has arguably improved since moving to Italy.

Man United have sent scouts to track Savic and his performances at Fiorentina this term have clearly impressed them as the two clubs are now said to be in talks.

The no-nonsense defender is valued at £14.6m and that’s a fee that Man United can well afford.

Van Gaal had been linked with moves for more established defensive talents in recent months, such as Borussia Dortmund’s Mats Hummels, and one imagines such a move would be infinitely more popular with the Man United faithful.