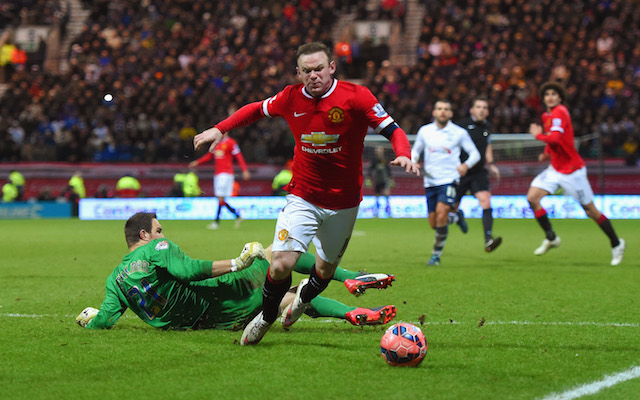 The final nail in the coffin for arguments against video referees?

Phil Dowd has privately admitted that the controversial penalty he awarded to Manchester United’s Wayne Rooney against Preston North End was the wrong decision.

According to a report in the Daily Mail, Phil Dowd, the referee for the FA Cup 5th round tie, has conceded privately that he got the decision wrong, one which effectively sealed a victory for Louis van Gaal’s side in the last five minutes of the game.

This revelation comes as top flight officials come under even more scrutiny due to a particularly poor week of refereeing decisions.

At the weekend, Nemanja Matic was sent off for pushing Burnley’s Ashley Barnes to the ground after becoming enraged at a robust challenge and it has since emerged Barnes will face no retrospective action as the referee saw the challenge and deemed it fair.

Earlier in the week, Rooney was accused of diving after he jumped over a challenge of Preston North End keeper Thorsten Stuckmann, tumbling to the ground despite a lack of any contact.

And the Mail now cite a source who claims Dowd admitted to an officiating colleague that after reviewing the post-match footage, he made an error.

“Phil said that he was adamant at the time that he had got the decision right,” said the source.

“But he is a very honest bloke and, like all referees, he looks back on his games on TV.

“With this one, he has realised that he probably shouldn’t have awarded a penalty. It was a mistake.”