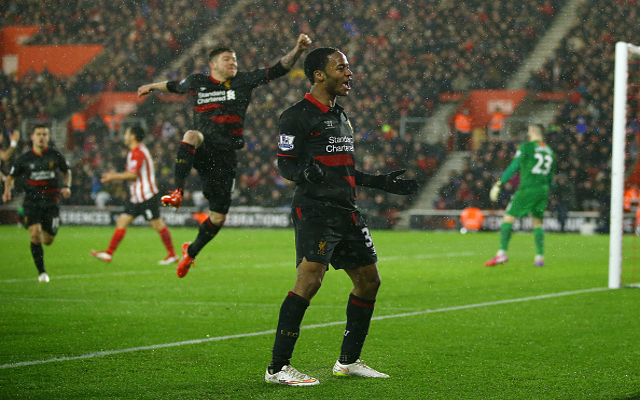 Liverpool attacker Raheem Sterling has confirmed that his ongoing contract talks are moving in the right direction and a new deal should be ‘sorted soon’ according to ESPN.

Brendan Rodgers has been attempting to tie down the 20 year old to a new deal for some months and the ongoing process may well have left some fans of the Anfield side fearful that the England man may be having second thoughts on the matter.

Sterling appeared to move to allay such fears when discussing the matter following Liverpool’s 2-0 win at Southampton, the converted forward stating;

“We’re working on it and hopefully it will be sorted soon,”

Rodgers has successfully moved to convert Sterling from an out and out wide attacker into a central striking weapon, chiefly due to the poor showings of new signings Rickie Lambert and Mario Balotelli, and it’s clear that Liverpool are very keen to keep hold of the young talent.

Reports suggest that Sterling had initially turned down a deal thought to be in the region of £70k a week and that any new offer would be nearer to £100k.