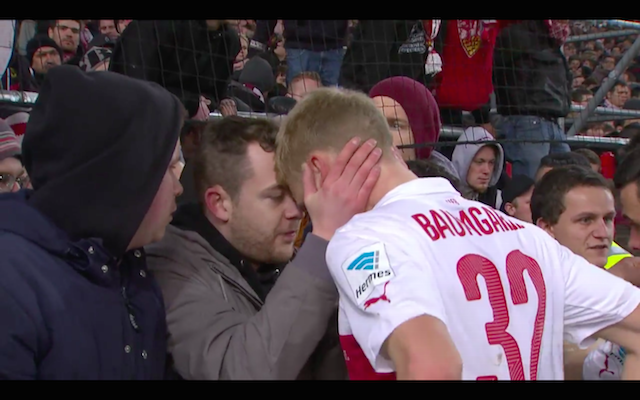 Football fans have taken a kicking over the past week, and rightly so given the deplorable behaviour of a select few, so thank you Stuttgart supporters for reminding us that are still good people amongst them.

This incredibly emotional footage came after Stuttgart youngster Timo Baumgartl accidentally passed a ball into the path of Dortmund’s Marco Reus in the 89th minute.

With both sides languishing near the bottom of the Bundesliga, the three points on offer were crucial in the race to avoid relegation.

Dortmund were leading 2-1 at the time and Baumgartl’s error allowed Reus in to effectively seal the win with a third goal.

It proved to be even more crucial when Stuttgart pulled a goal back to make it 3-2 in the first minute of added time.

The result means Stuttgart are still rock bottom of the German league and five points off safety but that didn’t matter to Stuttgart fans.

See their emotional reaction to Baumgartl’s error below: