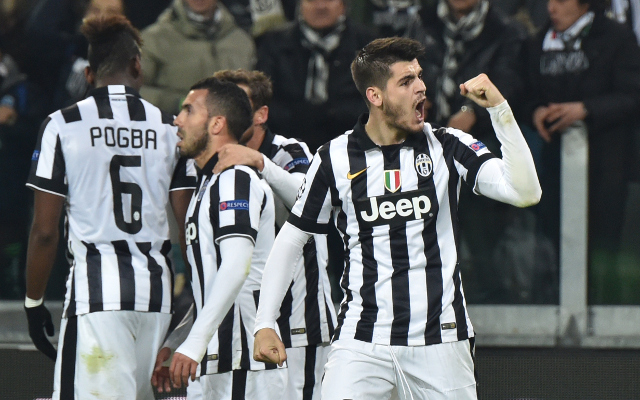 What a second-leg this will be…

The first-leg tie between Juventus and Borussia Dortmund finished 2-1 in Italy, with the Italian giants knowing that a place in the quarter-finals is far from guaranteed.

Dortmund got the precious away goal, and were unlucky to come away with a defeat, with the Serie A outfit’s biggest threat coming on the counter-attack.

BVB will be positive ahead of the second-leg on home turf.

Juve broke the deadlock after 13 minutes through Carlos Tevez. A cross from the left by Alvaro Morata was met by dreadful goalkeeping from Dortmund stopper Roman Weidenfeller, which saw the ball fall into the path of the former Manchester City striker, to easily slot home.

The lead, however, wasn’t to last for long. Just five minutes later defender Giorgio Chiellini’s comical, but costly, slip for the Italian giants allowed Marco Reus to go through one-on-one with Gianluigi Buffon and he coolly sent the ball into the back of the net.

Dortmund began to dictate the play following the equaliser, yet it was the Italian giants who regained their lead, right before half-time. Again, the Bundesliga outfit failed to defend properly in the box, leaving Morata unmarked to finish with a simple tap in.