West Ham fans have been reported to the FA by pundit Kevin Kilbane for describing Tottenham star Harry Kane as a ‘mong’.

The former Everton ace described the singing as just as bad as racism or homophobia as it persecutes the disabled.

See the video of Hammers fans chanting ‘Harry Kane, he talks like a mong,’ below. Should they be punished for this? 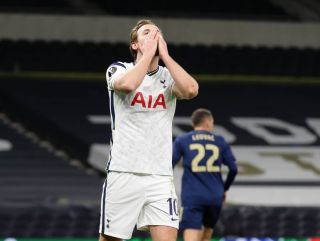