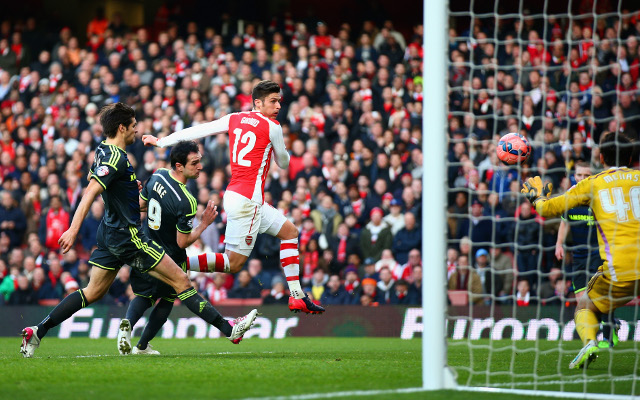 Arsenal striker Olivier Giroud has revealed that coaches at the club have told him he needs to be more ruthless, just like Chelsea’s controversial frontman Diego Costa, reports the Mirror.

The player himself also reckons that a rumoured summer move for Jackson Martinez has spurred him on in recent weeks….

“Recently there was a buzz around Jackson Martinez. The coach said nice things about him, the player said he would like to come,” Giroud began.

“I heard that just before the Middlesbrough game. It gave me extra motivation. I was very pleased to score two goals,” he added.

“They want me to have a “killer” attitude, almost insensitive. Diego Costa shows no emotion. I am more emotional. I have therefore learned to control my emotions. I try to be less demonstrative,” said Giroud.

Giroud – who spent a large part of the early season on the sidelines through injury – has scored eight Premier League goals this campaign, nine less than Chelsea’s Costa, who is the joint top scorer alongside Manchester City’s Sergio Aguero.