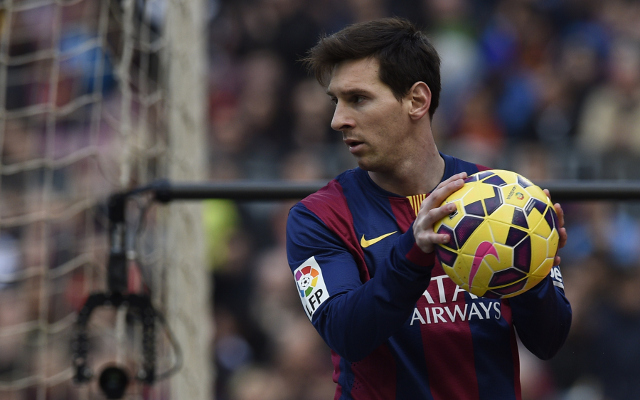 SEE MORE: (Video) How Did He Miss That?? Messi Fails To Score With Open Goal For Barcelona v Man City.

Surely Luis Suarez, who was on a hat-trick, had a better case to take it?

But no, Messi rules the roost at Barca and penalties are his – even though his record is pretty average.

Messi’s failure to convert from the spot at the Etihad Stadium was not a huge surprise.

He has now failed to find the net with five of his last ten pens for club and country, including four of seven for Barca.

Messi’s all time penalty record is not brilliant either. He has scored just 46 of his 59 pens for Barca, as well as netting 10 of 12 for Argentina.

Those numbers are not bad, but surely Barca have a better penalty taker at the club?

To put Messi’s penalty record into context, Cristiano Ronaldo has taken 59 penalties for Real Madrid, scoring with all but five of them.