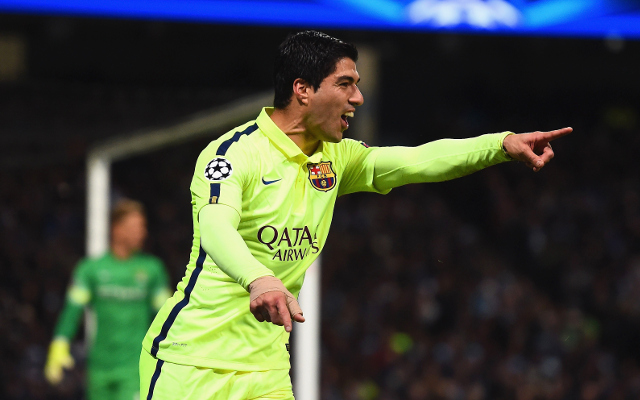 However, the centre back has seemingly crushed those rumours by praising the forward, who scored twice in the La Liga giants 2-1 win at the Etihad Stadium on Tuesday evening.

“Luis has already proved throughout his career what type of player he is and the quality he has,” said the Argentina international, who was quoted by Sky Sports.

“Football is like that, several days prior to the game, all the emphasis is placed on Messi and Neymar but the one who ends up scoring two goals is Luis Suarez. Barcelona have great players and any of them can make a difference.”

Talking about the game itself, the 34-year-old added: “Without a doubt we are confident we can turn this around. We will go to Barcelona to try to do our best and progress.

“We want to dominate in Europe and we will achieve that in the coming years. It would be important for us to progress to the next round. We need to take that step in the Champions League.”