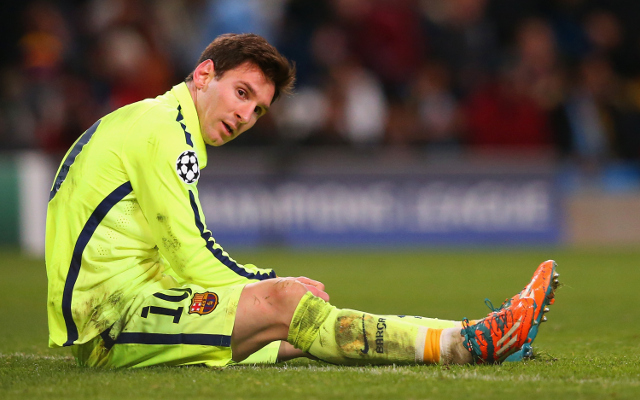 Every dog has their day, apparently.

It’s not often that a Finish international can have a pop at Lionel Messi about, well, anything, but on Tuesday night that’s exactly what former Southampton midfielder Tim Sparv did on Twitter.

Messi played a starring role in the victory over Man City, and had a chance to put the tie out of sight at the death when he was brought down in the area by compatriot Pablo Zabaleta.

However, he couldn’t dispatch the resulting penalty as Joe Hart managed to push the ball away and keep the Citizens in the tie in the process.

Many took delight in Messi’s penalty miss, but apparently none more so than FC Midtjylland star Tim Sparv, who took to Twitter to rub the Argentine’s face in it.

While playing for Finland in 2009, he sent Joe Hart the wrong way from the spot when his side met with England in a friendly.

In 2009 I scored a penalty against England. Joe Hart was the goalkeeper. Just saying. #barman

@TimSparv the proof, that you send Joe Hart coolly the wrong way from the spot. pic.twitter.com/X7C5WLzvTa