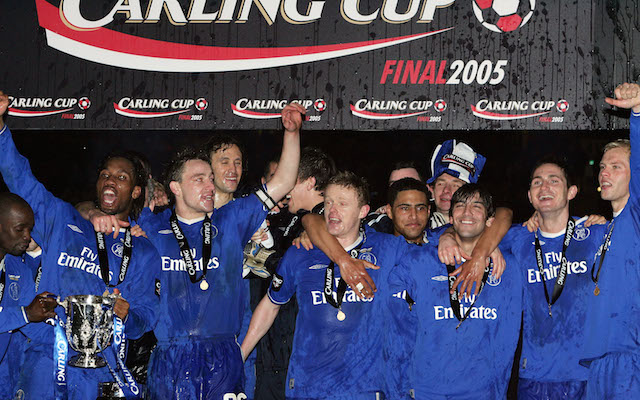 The Blues face Tottenham in the final on Sunday…

Chelsea star Branislav Ivanovic believes that winning the Capital One Cup will give the Blues a major boost in their efforts to win a treble this season, reports the Daily Express.

The Stamford Bridge outfit face Tottenham in the final of the competition, and will be looking forward to the possibility of their first silverware of the season.

The right-back has backed manager Jose Mourinho to manage the pressure well, with the Portuguese manager having won many finals before.

The Serbian said: “Psychologically it’s very important. After the game we will just have the league and the Champions League to focus on, but winning this final could give us a massive psychological advantage before the last few months of the season. We need to take that and use it.”

He continued: “It’s very important not just for me but for all of us. This group of players with this manager hasn’t won a trophy yet so it’s a massive for us. The manager knows how to manage that situation. He has the experience of a lot of finals and so do we. A final is a completely different game from any other, so we have to expect everything and be ready for everything.”

Meanwhile, their North London rivals will be looking to collect their first silverware since 2009, when they won the same cup under former boss Juande Ramos.

The pair play at Wembley on Sunday afternoon, with the winner guaranteeing at least Europa League football for their next campaign.