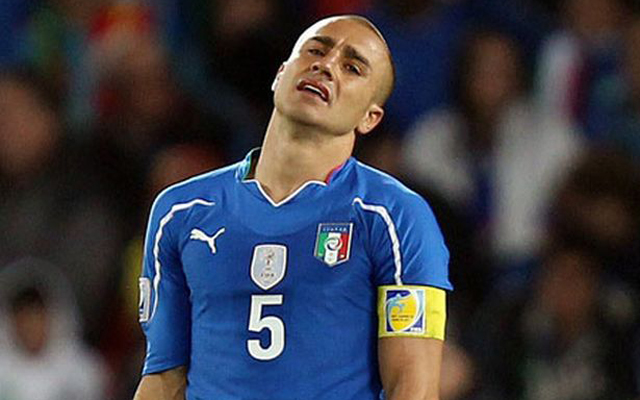 Former Real Madrid, Juventus and Italy defender Fabio Cannavaro has bizarrely been handed a ten-month prison sentence for entering his own home, which was covered by a police seal.

Reports in the Daily Mirror confirm that the 41-year-old breached orders to keep out of his property, despite it being seized as part of a planning abuse investigation.

The former World Player of the Year, who led Italy to World Cup glory in 2006, has now appealed the decision – meaning the sentence will be suspended until a final verdict is reached.

Cannavaro’s brother Paolo, who currently plays for Serie A side Sassuolo, and his wife Daniela Arenoso have also received custodial sentences, and – like Fabio – have appealed the decision.

Chinese side Guangzhou Evergrande had recently employed Cannavaro as their manager, and are due to start their Champions League campaign in the coming days, leaving both parties with something of an uncertain future.