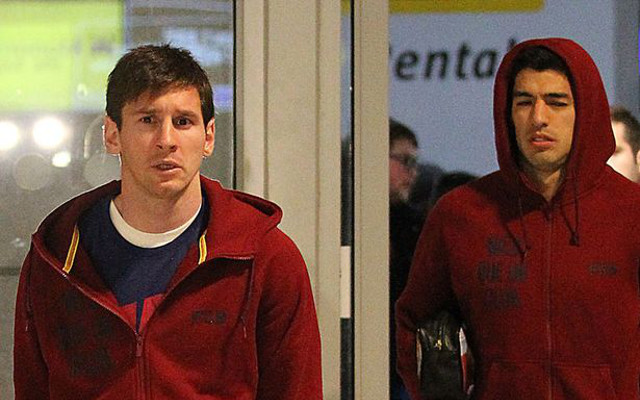 This is a bit vain from the former Liverpool striker…

Luis Suarez will have been pleased with himself after bagging a brace on his return to England in Barcelona’s 2-1 win away at Manchester City in their Champions League last 16 first leg. So pleased with himself, he decided in a bit of self indulgence on the trip backed and was snapped reading his own book!