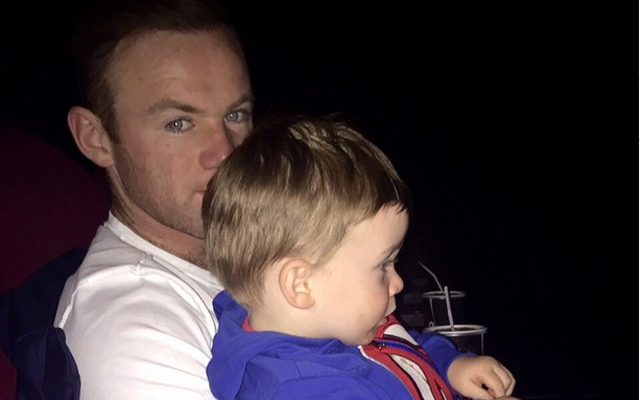 Wayne Rooney enjoys an afternoon off with sons Kai and Klay…

There are certainly some upsides to not playing Champions League football. Manchester United captain Wayne Rooney took advantage of his time off to visit his local cinema earlier today.