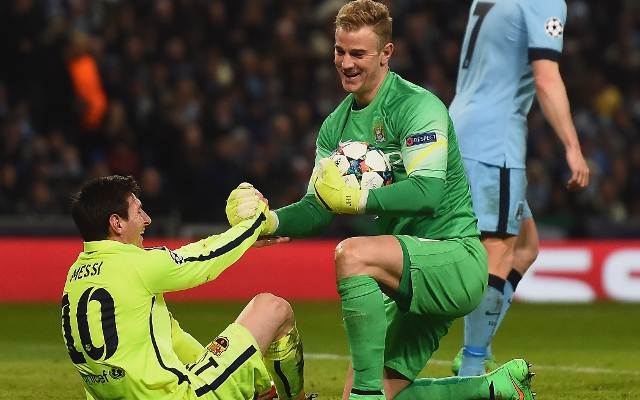 Barcelona star Lionel Messi has received the backing of boss Luis Enrique after the Argentine missed his third penalty of the season in their Champions League clash with Manchester City.

The La Liga giants came away from the Etihad with a 2-1 victory to take to the Camp Nou, but Messi’s failed chance to grab the third goal may be crucial come the second-leg.

The Argentine’s decision to deny Luiz Suarez a hat-trick opportunity has been disputed, but manager Enrique says there is no doubt that Messi is the Spanish outfit’s no.1 penalty-taker:

“Those who miss penalties are those who dare to take them and our penalty taker is undoubtedly Leo Messi. We have the utmost confidence in his capacity to take them,” Enrique was quoted by the Mirror.

The 27-year-old has now missed five of the last ten penalties he has taken, which fuels debate that perhaps Barca ought to employ another player for the role, such as perhaps Luis Suarez.