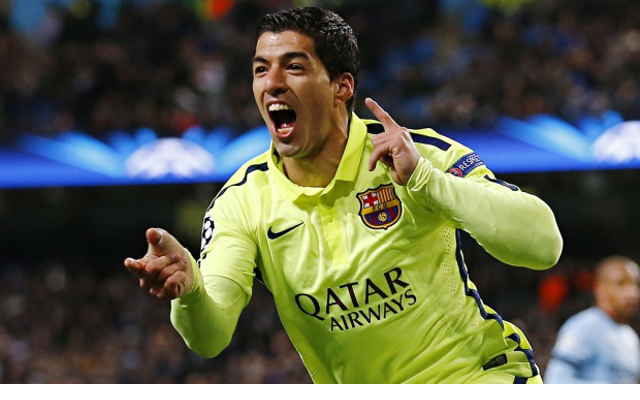 Barcelona star Luis Suarez has claimed that boos from the Manchester City fans spurred him on to score the brace which leaves the tie very much in the Catalan side’s hands.

Suarez scored twice in an opening half which saw Barcelona completely dominate the English champions on their own soil and could have really settled the whole tie in those 45 minutes.

Returning to England for the first time since his £75m move to Spain, Suarez was met with a chorus of boos every time he had possession of the ball, throughout the 90 minutes.

“Obviously it is pleasing, first of all to be able to help the team with important goals in a Champions League knockout game [and] of course to come back to England and [win] against a team you’re always motivated to play against,” Suarez told UEFA.com (via Daily Mail).

“There are certain types of players like me who get more inspired, more motivated when fans boo them – it helps motivate you a bit more.”

Last season, Suarez failed to score against Liverpool in both his appearances against Man City.

His goals may well end up knocking Manuel Pellegrini’s men out of the Champions League at the last-16 stage for the second consecutive season.