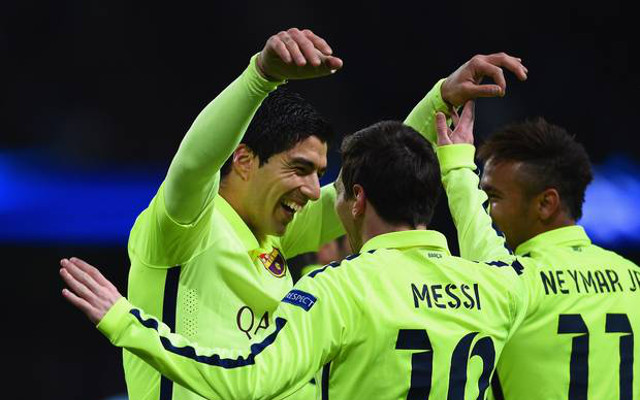 Manuel Pellegrini has incredibly blamed his players for Manchester City’s 2-1 loss to Barcelona in the Champions League saying they failed to follow his instructions.

City can count themselves lucky to still be in the tie after Sergio Aguero pulled a goal back in the second half and Joe Hart saved a late penalty but they face a tough second leg at the Camp Nou if they want any chance to progress.

However, a late resurgence from City didn’t hide the fact they were torn apart by Luis Enrique’s side in the first half which saw Luis Suarez strike twice on his return to England since leaving Liverpool in the summer.

And yet, despite his strange decision to employ a midfield pair of Fernando and James Milner, Manuel Pellegrini has said his side lost because players failed to employ his instructions.

“We couldn’t put three passes together in the first half,” Pellegrini said, reports Daily Telegraph.

“There was a bit of confusion and we committed a very soft error for the first goal, but we didn’t do until the second half what we wanted to do in the game.

“If we played in the first half in the way we did the second, I think we would have done better.

“We managed to be calmer in the second half, when we pressed well and did well to hang on. We almost got something from the game.”

City aren’t completely out of the tie and with the return of Yaya Toure from suspension in the second-leg at the Camp Nou, the Premier League champions could possibly get themselves back in it next month.

However, they’ll definitely have to start the match better after going 2-0 down in 30 minutes.

“Unfortunately Barcelona managed to get through the game without committing errors. We committed mistakes.

“Until the goal the game was quite even, but then we waited for the first half to end.

“Next time, it is important not to make the same mistakes. We cannot have a player sent off every game against Barcelona.”