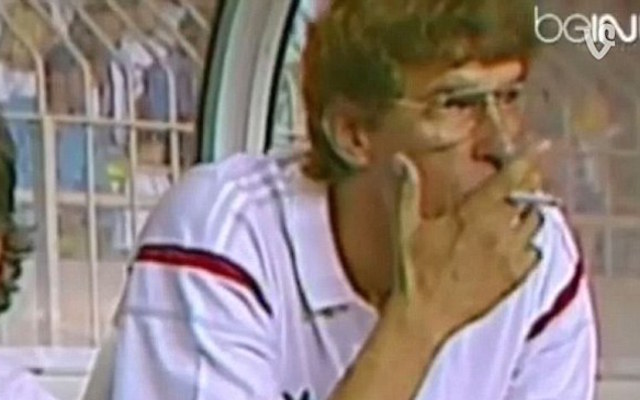 Not just Wilshere and Szczesny, then?

Olivier Giroud may have inadvertently revealed that a number of the Arsenal squad are habitual smokers.

Given the number of smoking scandals at the Emirates involving the likes of Jack Wilshere and Wojciech Szczesny it might not come as a shock to some.

In an interview with L’Equipe, Giroud apparently suggested it’s not just the aforementioned duo – who have already been in the headlines this season for their vices – but plenty of players in the Arsenal first team like to puff away.

“Everyone knows that there are a lot of players who smoke,” he added.

“In every team there are four or five. It doesn’t shock me. In rugby, they also smoke. And nobody is shocked.”

Perhaps Arsene Wenger needs to have a word with the Frenchman and get given a few names, though perhaps Wenger can’t be too proud given that he too enjoyed a cheeky cig on the bench when the coach at AS Monaco.

“The other day on French television they showed me on the bench smoking a cigarette. I didn’t even think it was me. At that time, I remember Marcelo Lippi at Juventus smoked a cigar during the whole game in every game,” said Wenger, reports Telegraph.

And when asked if it was because of stress Wenger said: “Yes, of course.”

Though you probably won’t see him resorting to the same behaviour tonight when Arsenal play Wenger’s former club in the Champions League at the Emirates, as his side go into the tie as firm favourites.