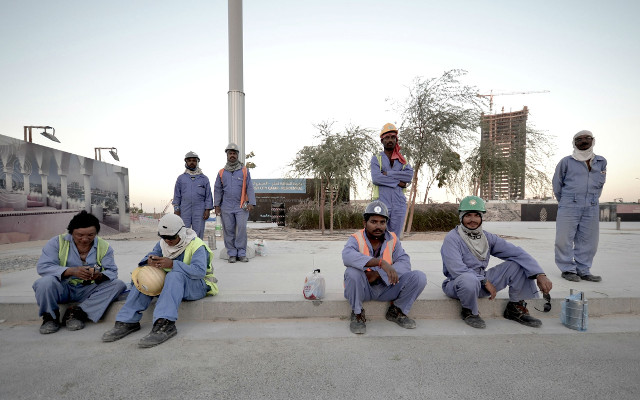 Homophobia? Forced labor? Migrant worker deaths? You guessed it, these are all significant cultural concerns that the football world governing body, FIFA, decided to overlook in their astonishing decision to award Qatar the 2022 World Cup.

Forget Premier League chief executive Richard Scudamore’s crocodile tears over revenue loss, and festive fixture stress, if a winter World Cup takes place. It is the disgraceful human rights abuse within the Middle Eastern country that makes the tournament an atrocity – and is why FIFA’s reputation will never be mended.

The 2022 World Cup may well be seven years away, and many may wonder why there is such intense discourse with so much time remaining until the tournament must kick off – yet the competition goes well beyond the realms of football, pushing the sport aside as but a minor talking point. Rather it reaches out to the hearts of those suffering abuse at the hands of the Gulf state.

Take Nepalese migrants – brought in to build the infrastructure to host the tournament – who, according to figures released by the Nepalese foreign employment promotion board, have been recorded as reaching a death toll of one every two days in 2014. Even more devastating, however, is that this figure does not include the fatalities of Indian, Sri Lankan and Bangladeshi workers.

What’s more, GCC member countries, including Qatar, Bahrain, Kuwait, Oman, Saudi Arabia, and the UAE, prohibit homosexuality, and in recent years have strengthened their policy by implementing detection testing, resulting in the ban of any ‘detected’ gay individual wanting to enter the Gulf nations.

Just to highlight the complete insensitivity, and let’s face it ignorance of Sepp Blatter, the 78-year-old, in 2010, told gay fans that they should refrain from sex if they attend the World Cup in Qatar.

It is such a comment from the FIFA president that truly emphasises the complete lack of acknowledgement to workers, fans, players or the sport itself, and the list could go on – the entire decision is undoubtedly corrupt.

Whether a winter World Cup is eventually confirmed – this really is the very least of the controversy.