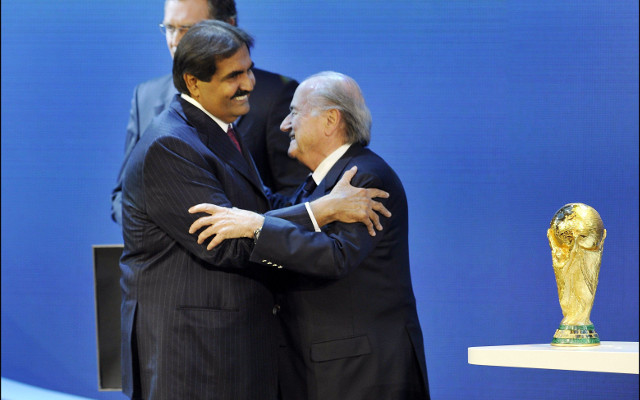 Homosexuality is illegal is many Middle Eastern Muslim countries…

Hosts of the 2022 World Cup, Qatar, along with many other Gulf states, will employ airport technology to detect homosexual people and prevent them from entering the country, according to LGBT Weekly.

This news comes after Sepp Blatter stated that homosexual people should ‘refrain from any sexual activity’, if they are to visit the emirate nation to take in the 2022 World Cup, only days after they were announced as hosts in 2010.

Qatar’s attempt at hosting the tournament has already had a number of high profile caveats and controversies, including the latest news that the World Cup will almost definitely be held in winter, as opposed to the traditional summer months, due to the unsafe and prohibitive temperatures between the months of May and September.

The move to detect and prevent homosexuals from entering the country will be implemented throughout all Gulf Corporation Council (GCC) countries, Saudi Arabia, Kuwait, Qatar, Bahrain, Oman and the United Arab Emirates.

Director of public health at the Kuwaiti health ministry, Yousouf Mindkar, said, “Health centres conduct the routine medical check to assess the health of the expatriates when they come into the GCC countries. However, we will take stricter measures that will help us detect gays who will be then barred from entering Kuwait or any of the GCC member states.”

LGBT charities and campaigners have been lobbying for FIFA to boycott the 2022 Qatar World Cup and upon hearing this new, speaking to the IB Times, Peter Tatchell of human rights charity, the Peter Tatchell Foundation said, “This contradicts previous assurances given to FIFA by the Qatar government that everyone will be welcome and that there will be no discrimination.

“FIFA now has no option but to cancel the world cup in Qatar. Allowing it to go head in these circumstances would involve FIFA colluding with homophobic discrimination.”