Former Tottenham Hotspur forward Chris Waddle has labelled the idea of a winter World Cup, as has been recommended for Qatar 2022, a farce.

A FIFA taskforce said on Tuesday that the tournament would need to be played in November or December due to the excessive Qatari heat during the summer months.

There are fears the temperatures, which can reach higher than 40C, would endanger the health of both supporters and players alike.

Therefore moving the tournament to the cooler winter period, where the heat is a more manageable 25C, would be safer.

However, this has proved a controversial decision with a winter World Cup causing havoc for European leagues and has led Chris Waddle to say there should be a boycott.

“It’s a farce. Why don’t they all just say now we’re all going on strike, all the big leagues in Europe,” said Waddle to BBC Radio 5 Live.

“The footballers in Europe control it, why are they sitting on the fence and saying why this and why that?

“They should all say don’t go, I’m not going. Without the European teams what would they do?”

Without any objections the decision to hold the Qatar World Cup in the winter of 2022 could be officially confirmed by the FIFA executive committee when they meet in Zurich on the 19th and 20th March. 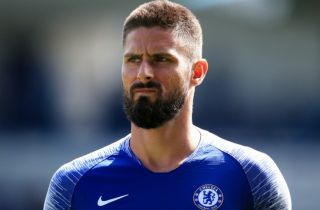