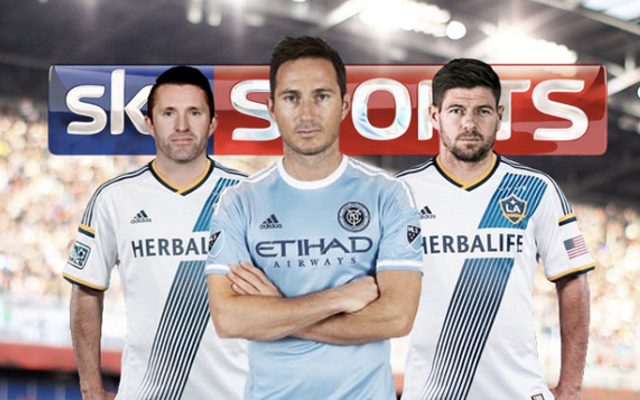 That’s because Sky Sports have won exclusive rights to broadcast live MLS matches for the next four years.

The 2015 seasons starts on March 6, but Gerrard will not join Galaxy until his Liverpool contract expires in June.

Chelsea legend Frank Lampard and former Tottenham Hotspur goal hero Robbie Keane are among the other players Premier League fans may be keen to watch Stateside.

President and Managing Director of MLS Business Ventures Gary Stevenson told Sky Sports News: “As MLS continues to grow into a global brand, we are excited to partner with Sky Sports, a leader in the UK TV market, to bring the sport to millions of soccer fans.

“2015 is a milestone year for MLS including new stars, new clubs and a new brand. Sky Sports will help continue to grow the League and its Clubs worldwide.”