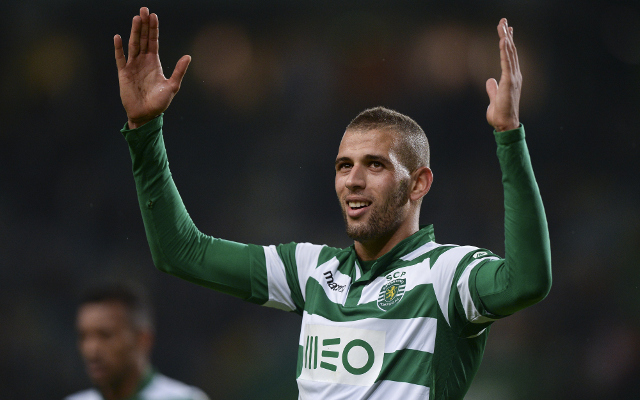 Could Islam Slimani be on his way to north London?

Tottenham could be edging ever closer to completing the signing of Sporting Lisbon striker, Islam Slimani, according to the Metro.

The Algerian, who has scored 14 goals in 32 internationals and was one of the revelations from last year’s World Cup finals, could be on his way to White Hart Lane in a move believed to be worth around £21.9m, as his current club are already preparing to bring in a replacement.

Slimani has been linked with Spurs’s Premier League rivals West Ham and Leicester City in the past, but both clubs have secured other forward targets, leaving the path clear for Mauricio Pochettino to pursue the Lisbon striker.

The 26-year-old has been in good form this season for his club, scoring nine goals in 18 games in all competitions, and helping Sporting Lisbon reach third in the Portuguese top flight.

But they are still some way off the top two, sitting five points behind Porto, and nine behind leaders Benfica.