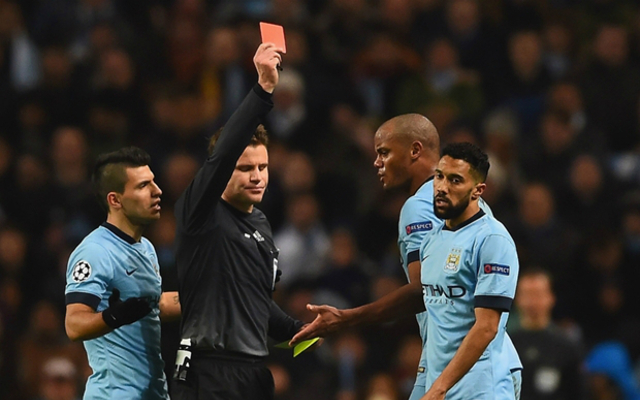 Following Barcelona’s 2-1 away win against Manchester City this week in their Champions League last 16 first leg, the La Liga club look in a strong position to once again eliminate the English champions from the tournament, just like they did last year.

Looking at the stats though, they might have had a helping hand.

Following Gael Clichy’s red card and a penalty being awarded against them, stats have been unearthed that show sides who face the Catalan club have had the most amount of sendings off.

MCI 1-2 FCB (75') – Clichy sent off. Barca is the team that have had the most opponents sent off (29) in Champions League history.