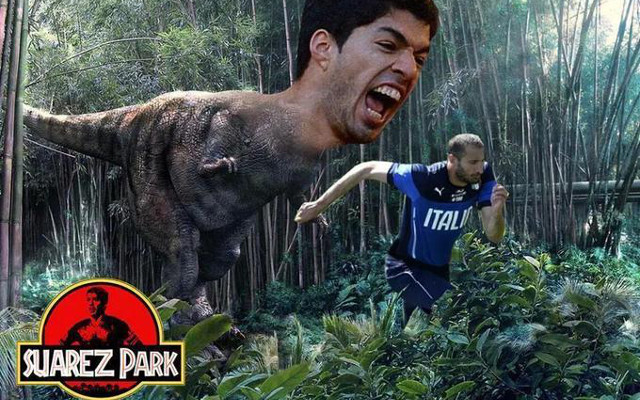 Suarez looked back to his brilliant best as he scored twice to help Barca establish a 2-1 first-leg lead.

Unfortunately, this match footage shows that he may also have been back to his terrible worst, because it seems as though he attempted to bite City defender Martin Demichelis.

Suarez, who joined Barca for £75m last summer, had to wait until October to make his La Liga debut as he served a suspension for biting Italy’s Giorgio Chiellini while on World Cup duty with Uruguay.

The 27-year-old had previously received two other bite-related bans – for chomping on PSV’s Otman Bakkal and Chelsea’s Branislav Ivanovic.

We foolishly thought Suarez was a reformed character, but it looks as though he simply could not resist a taste of Demichelis…