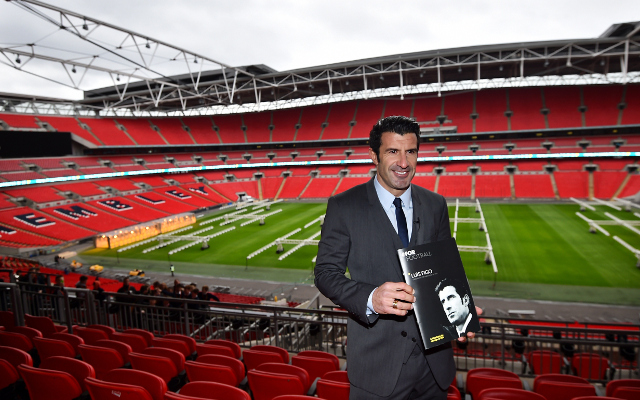 Could the FIFA Presidential Candidate save the traditional English domestic season?

Luis Figo launched his campaign to become the next FIFA President last week, but the former midfielder’s manifesto has already been overshadowed by the governing body’s announcement that the 2022 World Cup in Qatar will be played in the winter. Despite saying nothing since his Wembley address, the scheduling of the tournament may now make Figo a much more serious contender to succeed Sepp Blatter.

One of the key pledges in the former Portuguese midfielder’s campaign is the potential expansion of the World Cup.

“My starting point in this debate is that by increasing the number of teams participating in the World Cup, we not only make sure that we include more countries from across the world in the greatest football competition in the world, but also enable Fifa to raise significant increased revenues that can be used to invest in the growth of the game globally,” Figo said, as reported in the Guardian.

While overhauling the current format of the competition, and expanding the number of teams from 32 to his desired figure of 48, Figo has unveiled plans to hold future World Cups across two continents. It is an ambitious suggestion, but one that following yesterday’s announcement, may help Figo win a lot of European votes.

FIFA’s desire to globalise the game, following that the awarding of World Cup hosting rights to Qatar, as well as Korea/Japan in ’02 and South Africa in 2010, suggests that relative minnows in the footballing world may continue to be trusted with one of the world’s biggest sporting tournaments.

While there is little knowledge of how the two tournaments would work, or even if they take place at exactly the same time, the prospect of less disruption to the various domestic seasons, may sway the vote in Figo’s favour.