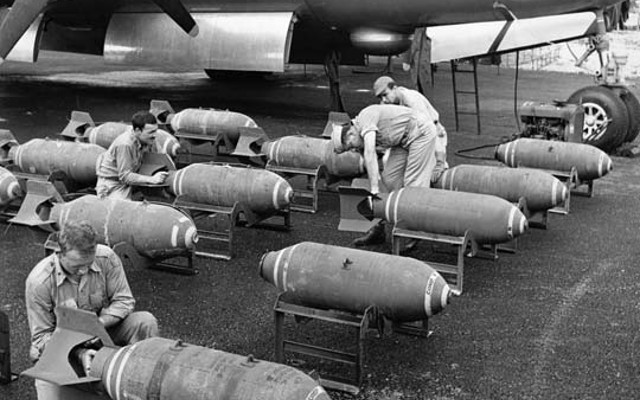 An unexploded bomb from the second world war discovered.

Borussia Dortmund have been forced to close their stadium for an indefinite amount of time, after an unexploded WWII bomb was discovered near their grounds, BBC Sport reports.

The discovery was bizarrely made after staff viewed aerial images of Signal Iduna Park, and immediately issued the closure of Dortmund’s stadium, and the evacuation of the surrounding area.

The bomb, belonging to the British, was found at a carpark, nearby the west tribune of the Signal Iduna Park, only moments before BVB boss Jurgen Klopp was due for a news conference ahead of their weekend fixture against Schalke 04.

In a brief statement, Dortmund said, “It is not yet known how long the stadium area will remain off limits.”

As such it is not yet know whether the closure will affect the Bundesliga outfit’s upcoming domestic and cup fixtures.