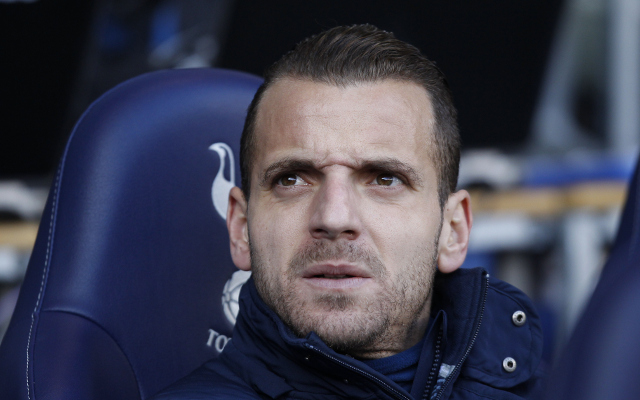 Poor Roberto Soldado, it’s just not happening for him.

Through on goal against Fiorentina, he had the chance to thread his teammate through for a certain goal, but instead of doing that he managed to pass the ball to the goalkeeper.

Needless to say, Twitter went up in arms upon the sight of the hapless Spaniard, and below are the best reactions to his latest mishap.

Can't defend Soldado anymore. In a game where we NEED to score, that is just incredible. 45minutes. Pressure is on. #COYS

Absolutely all over them. Bentaleb running the game, Lamela, Chadli and Eriksen getting involved well. Soldado well… Soldado.

Words fail me with regard to Soldado. On another note if I had a £ for every free kick Fiorentina had in there penalty area… #COYS

At half time I'd take Soldado and Chiriches off, and bring on those two fat blokes sitting in the front row behind the goal.

Fiorentina are lucky Soldado went back to being Soldado.

I want to see a North London XI with Soldado and Girould up front.

If you seen what Roberto Soldado has just done… my word. He should be sacked for impersonating a footballer.

Did someone just tug Soldado's cape ?

Soldado. Bobby. Mate. That was pony.