Liverpool have a young side.

With an average age of just over 24, only Ajax, PSV, Aalborg, and Sporting Lisbon are younger.

Fiorentina are the oldest side, followed by Guingamp and Trabzonspor.

Everton are the oldest English side. 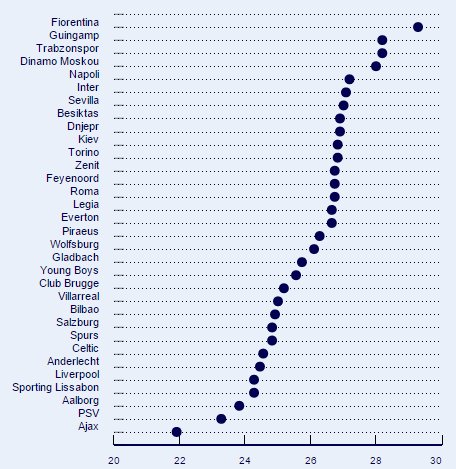