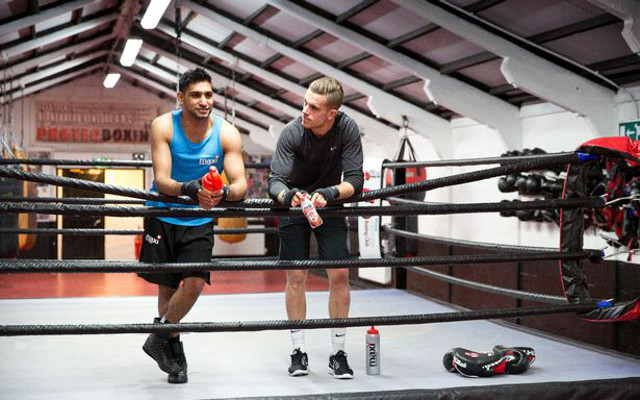 Henderson and Costa have a bit of history.

Liverpool star Jordan Henderson has met up with two-time world boxing champion Amir Khan this week, and confessed that he would love his own fight with Chelsea striker Diego Costa.

The pair had to be pulled apart, after squaring up to one another, in the Capital One Cup semi-final, and blood is still boiling with the Reds midfielder over the clash.

READ MORE:
Liverpool news
Hands Off! Liverpool Prospect To Be Called Up By England So Nigeria Don’t Get In First
Liverpool Ramp Up Interest In Real Madrid Star

When asked who he would most like to beat in a 50/50 challenge, the midfielder comically responded:

“At the minute Diego Costa, we had a little tiff the other day so it would probably be him,” Henderson was quoted by the Daily Mail.

The 24-year-old also revealed that Reds legend Steven Gerrard is his “sporting hero”, admitting that playing alongside his idol was an odd feeling to begin with:

“It’s hard to say who my sporting hero is because I play with him every week, but obviously Gerrard was one of my idols,” the England international continued.

‘Playing with him was a bit strange at first, and going to meet him in training for the first time, but he’s just a normal guy.”