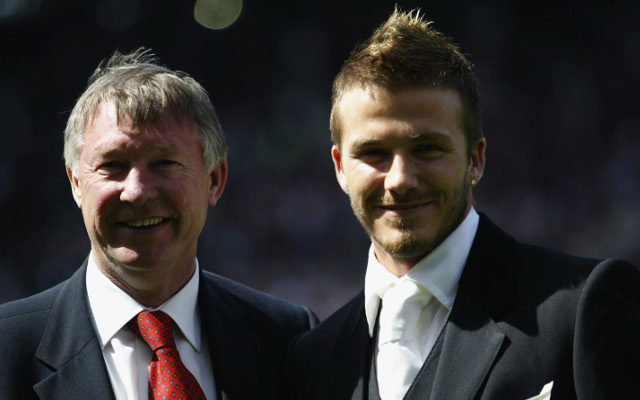 The hairdryer treatment forced Becks to shave off his Mohawk.

David Beckham has sensationally revealed that Sir Alex Ferguson forced him to shave off his Mohawk in the Wembley toilets, reports the Mirror.

The incident happened before the Charity Shield match in 2000, when Beckham’s Manchester United, as Premier League champions, were due to play FA Cup winners, Chelsea.

“I was in the dressing room with an hour to go before kick off when Sir Alex Ferguson saw it and made me shave it off.

“I said no at first and then I saw his face change very quickly so I went and shaved it off in the toilet. He was very strict,” Beckham said.

The incident – before a 2-0 defeat – has become the latest publicised clash between the two, including an altercation that left Beckham needing stitches after the Scotsman kicking a boot across the United dressing room. The falling out would eventually lead to Beckham’s transfer to Spanish club Real Madrid in 2003, but the former England captain insisted that there is no ill feeling between the two.

“We get on. It was made worse than it actually was. He was a father figure for me for so many years,” he added.