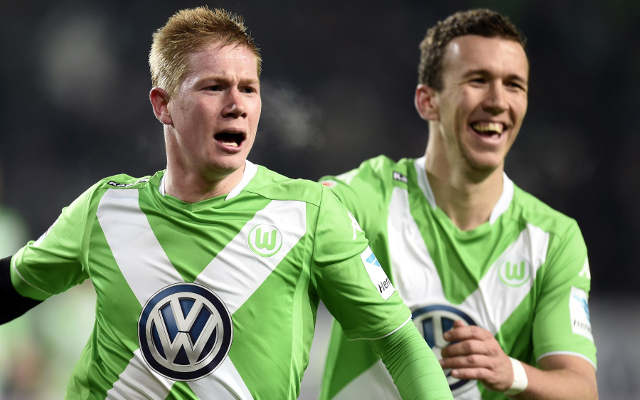 Could Kevin De Bruyne be hinting at a possible move to Old Trafford?

Manchester United target Kevin De Bruyne has made his strongest suggestion yet that he may be looking to leave his current club Wolfsburg, according to ITV.

When asked about his future, the midfielder said, “My biggest ambition is to come out for a big European club, one I can win trophies with. As much trophies as possible.”

The former Chelsea man has been in incredible form this season, especially since this January transfer window which saw Andre Schurrle join him in Germany, helping his club comfortably sit second in the Bundesliga, ten points ahead of their nearest rival.

The 23-year-old has eight goals and twelve assists – the most in the league – to his name, leading to inevitable speculation that a club capable of winning titles may come in for him at the end of the season.

Manchester United appear to be the favourites for his signature at this stage, but a fee of around £30m may be required to prise the former Chelsea prospect away.