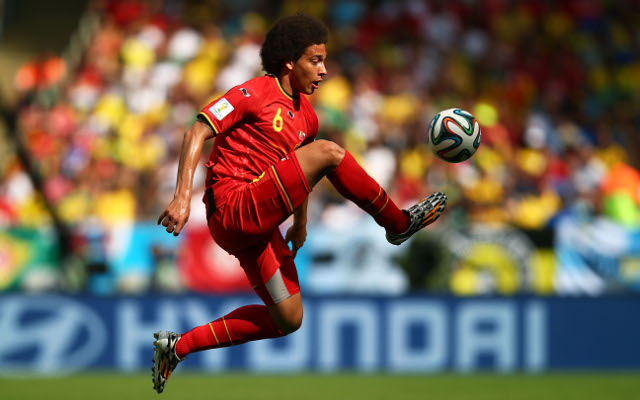 Manchester United may be about to miss out on a major target.

Belgium midfielder Axel Witsel may have Manchester United interested in signing him, but the player himself has hinted that he would like to join Juventus, according to the Daily Star.

When asked about whether the 26-year-old would be keen on a move to Turin, Witsel responded: “We’ll have to wait until the summer transfer market, then we’ll see.”

The Zenit St Petersburg star continued to praise the Italian club, and discuss the players he has idolised throughout his career.

“My youth idol was Zinedine Zidane, and I admire Andrea Pirlo a lot – he’s one of the best players in the world,” Witsel continued.

The news is unlikely to fill United fans with much confidence, as clearly moving to the Serie A champions is one of his preferred options, but they can take some optimism from the report, as it seems likely that Witsel will definitely be leaving Russia in the summer.

The midfielder has made sixty-five appearances for St Petersburg, scoring eleven goals, but he has reportedly failed to settle since his move from Benfica in 2012.