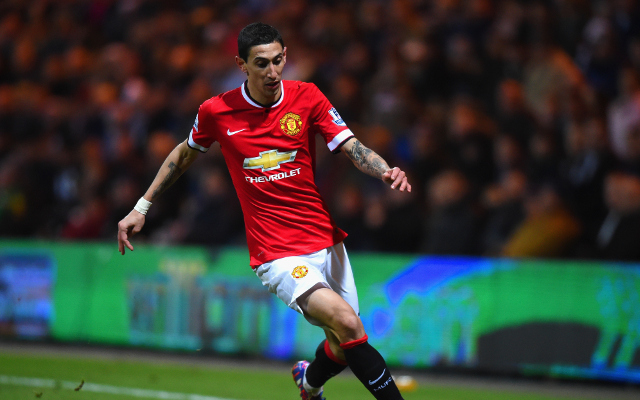 The Argentine has not exactly found his best form since joining from Real Madrid in the summer, and it has been suggested that he could be out of favour with Louis van Gaal.

PSG were interested in Di Maria before he joined United and could now revive their interest, with Lavezzi the player ready to make way as they look to bring in a cash boost to help them with this big-money purchase.

Lavezzi himself could be a target for Premier League clubs. having been linked with the likes of Liverpool, Chelsea and Tottenham Hotspur in the past.