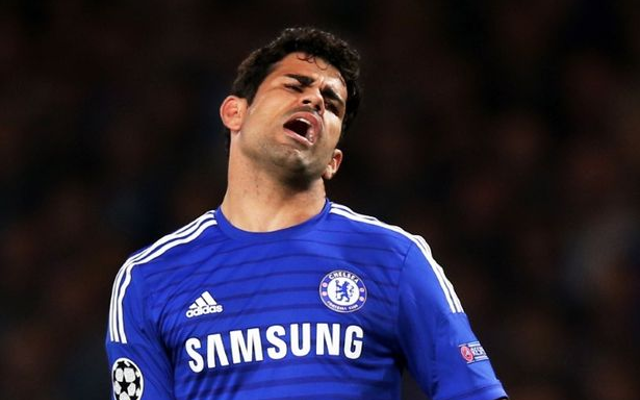 Diego Costa believes he’s being treated unfairly by Premier League referees, who are already judging him before even seeing him play. The Chelsea striker believes he’s a victim of ‘double standards’ and can’t win no matter what he does.

Costa, who was quoted by the Sun, said: “I do know now that I have to be a little bit more careful because it is not the same when I do something or when someone else does it. Something I do is talked about much more than another player. So I have to be extra careful.”

The Spanish striker has become renowned for his physical style of play, and recently returned from a four-game suspension for stamping on Liverpool defender Emre Can. However, the forward believes much of the criticism of him has been unjustified.

He added: “I’m never going to change the way I play. That’s what got me here and that’s the way I play. I was on top form and I was at my best until I had that suspension. I still don’t know why it happened but it’s gone now.

“You have to just forget about it. But now I’m running a little bit behind, trying to do my best, working hard and hopefully I’ll be 100 per cent for the [Capital One Cup] final.”

Costa will be hoping to end a run of four goals without a game when his side faces Tottenham Hotspur at Wembley on Sunday, his joint-longest run of games without a goal since joining Jose Mourinho’s side from Atletico Madrid in the summer transfer window.

“It doesn’t worry me. I didn’t even know how many games it was,” he said of his recent drought. “What worries me is to be in the best physical form to score goals.

“I don’t pick rivals, tournaments or other teams to score against. If it hasn’t happened so far in the cups, I’m hoping to God it happens on Sunday. I joined Chelsea to win titles. Finals are not about playing, they are about winning so I’m hoping I can get my first one with Chelsea.”