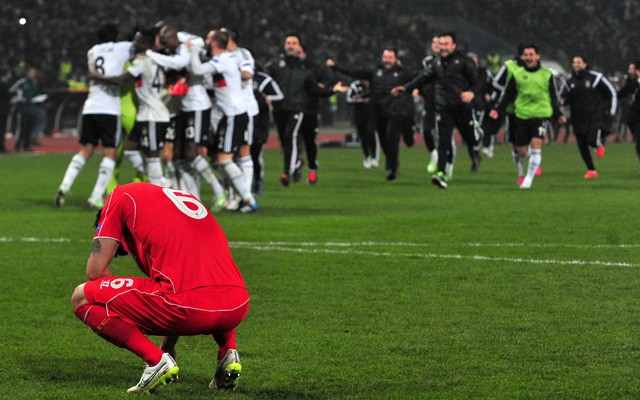 Jamie Carragher believes that Liverpool’s Europa League exit at the hands of Besiktas on Thursday evening will end up being a blessing in disguise for the Anfield club, who can now focus their attention on other competitions.

The Reds were beaten 1-0 on the night in Istanbul, and with Brendan Rodgers’ side having won the first leg by the same scoreline, the tie went to extra-time and penalties. Nine perfect spot kicks were dispatched, before Dejan Lovren blazed over from twelve yards.

However, former Liverpool defender Carragher believes that success in the competition was never likely to be on the cards, with the club also chasing success in the FA Cup and a top four finish in the Premier League.

“I don’t think it’s the worst thing for (manager) Brendan Rodgers’ side, who, in my view, played pretty well in the first half before tiring as the match went on,” said Carragher, who was quoted by the Daily Express.

“Rodgers has always said that winning a trophy and making the top four would constitute a great season and I totally agree.

“Liverpool have still got the FA Cup – and going out of the Europa League will make it a lot easier for them to get into those Champions League places.

“I’m looking at the bigger picture. I’ve got a hunch Liverpool will look back at the Besiktas result and think it was the best thing in the long run.”