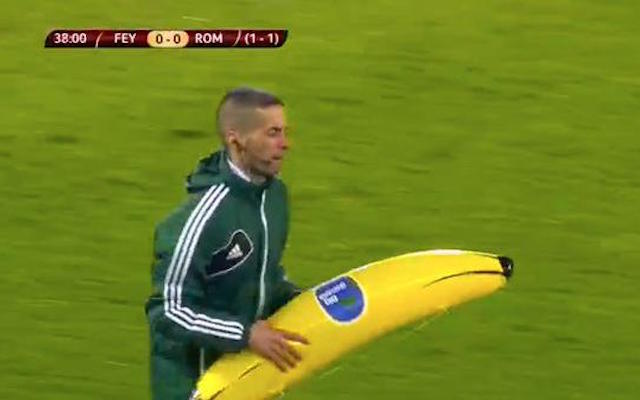 In recent racism incidents, Chelsea seem to have been focused on…

Last night saw the ugly side of football once again rear it’s head as Roma’s Europa League game away at Feyenoord was temporarily suspended after an inflatable banana was thrown towards Gervinho in what appeared to be a racist incident.

This comes after other racially motivated incidents such as Chelsea fans not allowing a black man to board a Paris metro whilst singing ‘We’re racist, we’re racist and that’s the way we like it.”

Only days later, West Ham fans were filmed shamefully singing anti-Semitic songs on the tube on their way to their 2-2 draw with Tottenham. Hammers fans were also called out by former football Kevin Kilbane for chants which mocked disabled people.

In the wake of these incidents its reasonable to ask the question, were Chelsea as a club treated harshly following their fans’ action?

Obviously each one of these individual incidents is deplorable and abhorrent, though the Blues were slammed nationally and internationally and it even led to FIFA chairman Sepp Blatter wading in to give his views and condemn the fans involved.

Having said this though, comparatively little seems to have been made of the West Ham or Feyenoord incidents. There has been no international campaign to sniff out those involved, no response from the head of world football and no continued coverage on 24 hour news channels.

The stance from Chelsea Football Club was firm, stating that if the people involved could be found, and it was proved that they were part of the offending group, they would be banned for life from Stamford Bridge.

The west London club said this in a statement which was fed to all major news sources, though there has been nothing of the sort from either Feyenoord or West Ham. It seems that they are willing to brush it under the carpet and hope people forget and because of this surely the powers that be at Chelsea deserve credit, but also they have the right to feel slightly aggrieved.

That isn’t to say the Chelsea racism incident in Paris didn’t deserve to be scrutinised and denounced, of course it did. There is no excuse to pick and choose how we view behaviour like this though; it must all be stamped out, otherwise we make a mockery of its severity and begin to water down racism, which is arguably worse than the action itself.

From this we can learn that the battle to beat racism in world football is far from over and we can’t afford to be complacent. Otherwise, we as a society will only regress.