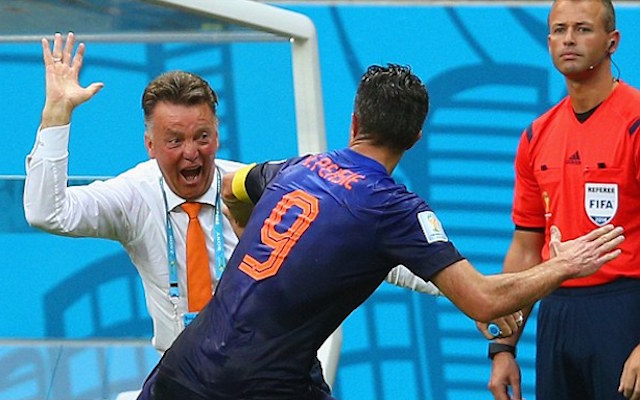 David de Gea has given the clearest indication yet that he intends to stay at Manchester United, and has denied a rift with Louis van Gaal.

De Gea has been continually linked with a summer move to Real Madrid, rumours that have continued to grow as he is yet to sign a contract extension at Old Trafford – his current deal expiring in 2016.

However, the Daily Mirror now reports that his agent, Jorge Mendes, has held preliminary talks with United, and de Gea himself has now said he’s enjoying life at the club.

There have also been reports in Spain of a rift with Louis van Gaal, suggesting the two haven’t spoken in months. De Gea strongly refutes these claims however, and insists he only wants what is best for Manchester United.

“Everything that has been written in the press about us not getting on is a lie,” said de Gea.

“We both want the best for the club and the team, and the stories are complete lies. I think this is the best period of my career. I’m playing the best football that I’ve ever played.

“I’m really enjoying it at the moment and I’m just trying to improve with every training session and every game that goes by, giving 100 per cent and concentrating to the maximum.

“That’s the way I want to continue.”

The Spaniard has been in startling form this season, making a number of crucial stops to ensure United remain at the top end of the table and fighting for Champions League qualification in a turbulent but improving first season for Louis Van Gaal.