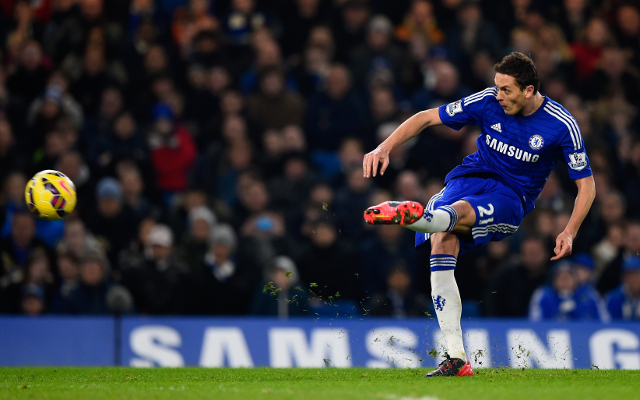 Will Chelsea cope without the suspended Nemanja Matic as they take on Tottenham in the League Cup final?

Jose Mourinho has claimed that the absence of the suspended Nemanja Matic has made Tottenham Hotspur the favourites for Sunday’s Capital One Cup final at Wembley, and while many critics will dismiss his comments as mind games, the Blues boss has a point.

While the Premier League leaders can hardly be dismissed as a result of the Serbian’s red card – which came against Burnley in last weekend’s round of top flight fixtures – their loss is most definitely Tottenham’s gain.

Chelsea have lost just one of 37 games with Matic in their team so far this season, while they’ve lost two of the three matches they’ve played without him – against Newcastle United in the Premier League, and against Bradford City in the FA Cup.

Matic has produced more tackles, 96, than any other top flight player so far this season, while he also ranks joint-second for making the most tackles per game played in, with 3.84. Only Liverpool’s Lucas Leiva, with 4.07, has made more.

The Blues are also short of an out-and-out replacement for the defensive midfielder. John Obi Mikel would be the natural choice, but the Nigerian is currently sidelined with injury; meaning Ramires will likely be the man to come in. Youngsters Nathan Ake and Ruben Loftus-Cheek are Mourinho’s only other options.

As well as being smaller in stature, Ramires simply doesn’t have the same presence as Matic in the centre of the park. This will be something the likes of Christian Eriksen – undoubtedly one of Spurs stand-out players so far this season – will be eager to take advantage of.

Of course, Matic’s presence made little difference to Chelsea last month. They were torn apart by Spurs at White Hart Lane in January, with the Eriksen-Harry Kane partnership combining time and time again to help produce a shock 5-3 win.

Chelsea were taken apart that time around, but we are unlikely to see a repeat on such a big stage. It’s hard to see anything other than a close fought encounter, likely to be decided by the odd goal – just as it was when the two teams met in the same game back in 2008.

However, regardless of anything that’s been before, there is one thing that we can be certain of – Chelsea are a far less intimidating prospect without Matic than they are with him. Advantage Tottenham? We’ll have to wait and see!