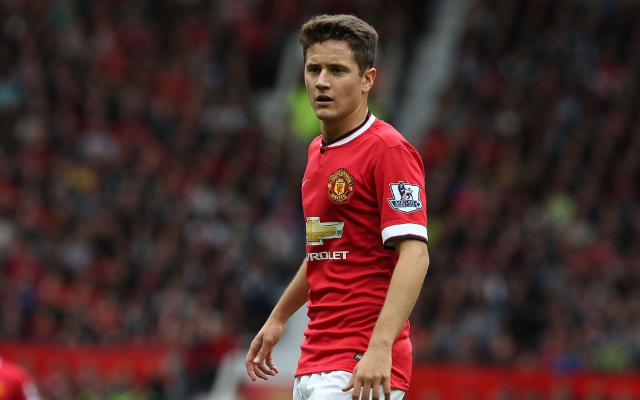 Ander Herrera has endured a mixed start to the season, often finding himself out of the team…

Manchester United midfielder Ander Herrera believes that he will grow in importance to the Red Devils, despite making a slow start to life at Old Trafford, following his move from Athletic Bilbao last summer.

The Spaniard is quick to point out that he never expected to walk straight into a key role in Louis van Gaal’s side, despite his lofty £29m transfer fee. However, several critics have pointed out that he’s made more substitute appearances that he has starts so far this season.

Herrera, who was quoted by Goal.com, said: “I want to play as much as possible in Manchester United but I will not arrive here and say ‘I have to play’.”

“I want to win trophies with United. I want to be a very important player here but maybe only three or four players in the world can do it in five months. The rest of us have to work, improve and learn not only from team-mates but from everyone. I study everything.

“I have MUTV at home and sometimes I watch the legends. I watch Paul Scholes. I watch how he plays a long pass, side to side. Unbelievable. He has character, passion. Everyone in the squad I asked about Scholes told me he’s quiet, very shy, but he was a leader. He spoke only a bit but, when he spoke, everyone listened to him. That’s the most important characteristic in a leader.

“Maybe it was not the best thing to be speaking about him because now everyone is comparing us! Scholes had a much better long pass than me. I have to improve this characteristic. I am getting better, scoring goals, getting involved in the box to have chances to score, but I have to learn a lot from Scholes.

“I wish I can play always 90 minutes but sometimes I have to help for only one minute – like against QPR. I am conscious of where I am. I am in Manchester United, the club with the biggest history in England. I have to wait for my moment but, when my moment comes, take advantage of it and enjoy it.”