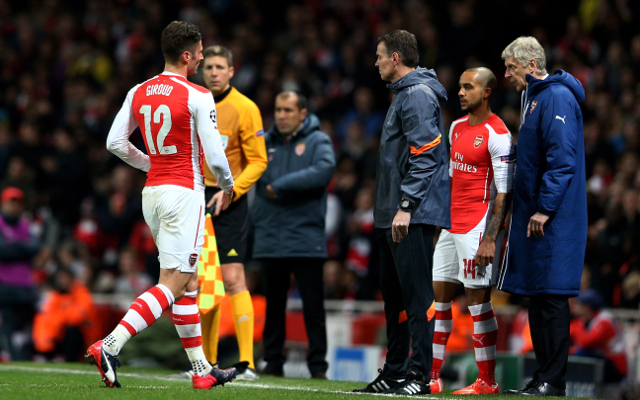 Arsenal manager Arsene Wenger has defended the performance of his striker Olivier Giroud, following the Gunners’ shambolic performance against Monaco in the Champions League, reports the Daily Express.

The French international squandered plenty of chances, as Arsenal slumped to an embarrassing 3-1 home defeat in the first leg of their last 16 tie, but Wenger has suggested that the entire team has to share the blame, rather than scapegoating a particular player.

“Giroud is like everyone else, he’s disappointed. There’s nobody to blame individually.

“He had his chances and he missed them, but on the night everything went against us. The fact he missed some chances is only one characteristic of the night,” Wenger said.

Giroud has previously spoken about struggling with his confidence since his move to the Emirates, with plenty of fans questioning his ability to transform Arsenal into title contenders, and subsequently calling for the signing of Porto frontman Jackson Martinez in the summer. Wenger hopes that the strong criticism doesn’t affect him too badly, and that he can bounce back following the defeat.

“He’s a strong character, and I personally don’t blame him. We lost as a team and he didn’t miss the chances on purpose. It can happen,” he added.

The striker missed the early part of the season through injury, but has still managed to score eight Premier League this campaign, though he is still four behind new signing Alexis Sanchez.