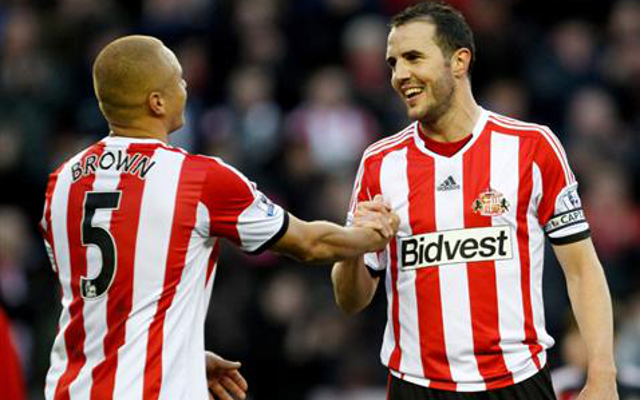 The debate surrounding referees is set to continue.

At Stamford Bridge last season when Andre Marriner sent off Kieran Gibbs instead of Alex Oxlade-Chamberlain, the incident was mocked and quickly forgotten.

However, at a time where referees in the Premier League are under the microscope more than ever after some horrendous decisions of late, Roger East couldn’t have picked a worse time to commit such a high profile error.

With the game goalless at Old Trafford between Man United and Sunderland, Radamel Falcao produced some lovely footwork to fashion a chance for himself, but was hauled down by John O’shea just as he was about to strike home.

A red card offense it surely was, but East quickly brandished a red card to Wes Brown instead who was close by but made no contact with the Colombian.

Here is how Twitter reacted to the whole debacle.

How stupid is that. O’Shea tells the ref he was the one who should get sent off and officials still send off Wes Brown. Madness #MUFCvsSFC

Internet facts: The referee who sent off Wes Brown is also the designer of #TheDress — Terence Dackombe (@SirTerence) February 28, 2015

Here’s the incident in question.