LA Galaxy have existed since the MLS was launched in 1996.

LA Galaxy were founded at the same time as the MLS, almost 20 years ago in 1996, and while that isn’t a very long time in global terms, it makes the 5-times MLS champions one of the US game’s elder statesmen.

It is with a certain degree of suspicion, therefore, that they view the soon-to-be MLS side, Los Angeles FC (LAFC).

LAFC bought out the recently defunct Chivas USA, with the intention of rebranding and relaunching in either 2016 or 2017.

Since that announcement, they have quickly developed a reputation for spewing out an endless stream of press releases and marketing material – some LA Galaxy were quick to jump on in a recent Twitter spat. 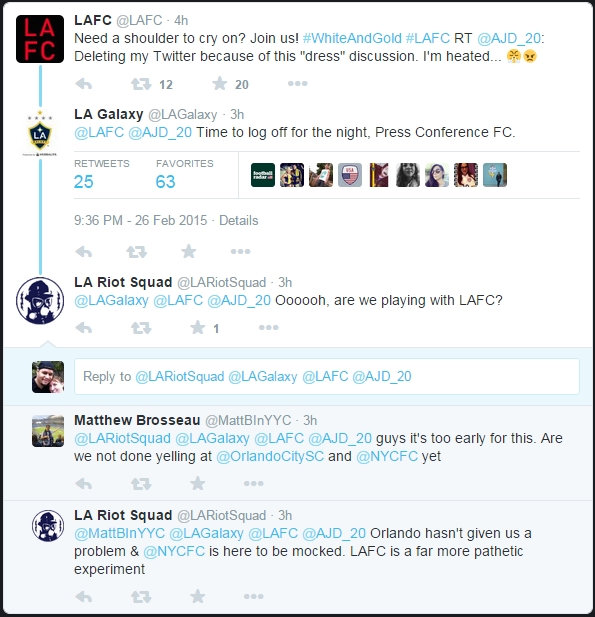