Odell Beckham Jr, wide receiver for the New York Giants NFL side, has been at Spurs training ground today.

The 22-year-old has already won a host of individual awards in his fledgling career, and is rapidly becoming one of the NFL’s hottest stars.

Judging by the pictures below, Hugo Lloris needs to watch his back! 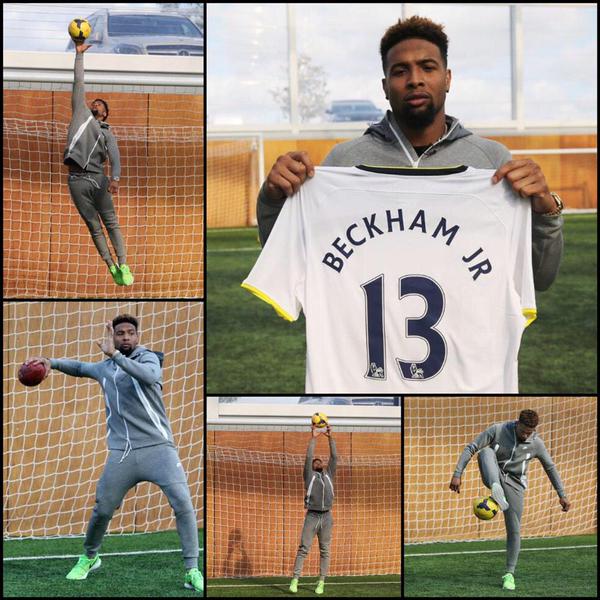