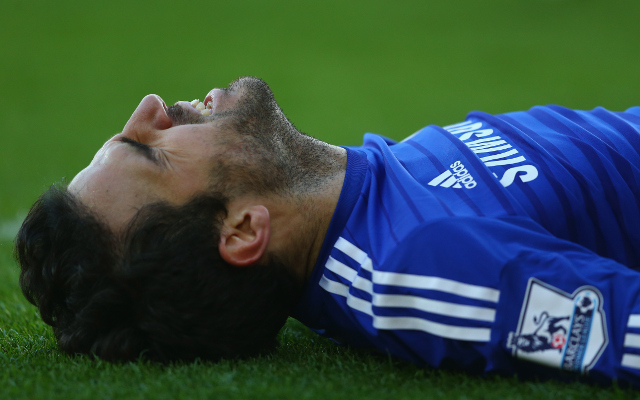 Fabregas was brought in to cure the lack of creativity from last season.

Chelsea seemed to have pulled off a coup when they captured Cesc Fabregas for a modest £27 million from Barcelona.

A player who has won everything at international level and was coming into a league in which he was highly regarded as the best midfielder operating on these shores for a number of years.

Captain of a club as big as Arsenal at the age of 21, Fabregas was clearly ahead of most of his peers around Europe and his performances matched his mentality.

The inevitable move to Barcelona came and the whole of Europe thought the Catalan club have their heir apparent to the legendary Xavi.

Quite evidently, Fabregas’s career didn’t take that path and the former Arsenal man finds himself on the same side as a man he previously despised in Jose Mourinho.

Leaving Arsenal may have been seen as a step-up in the Spaniards career, but being so easily discarded by his home-town and having the Camp Now fans visibly vent their frustrations towards him had many asking questions.

SEE MORE:
Chelsea FC news
Chelsea Star Admits His Side Are ‘Scared’ Of Tottenham Ahead Of Cup Final
Jose Mourinho Pushing For Chelsea To Sign 16-Goal Serie A Starlet

Why did Fabregas at Barcelona not work?

Aside from the fans potentially holding a grudge against their academy product for leaving at the tender age of 15 and making the club buy him back for £30m, there were some visible issues.

Firstly, the Catalan club were unable to find a position for Fabregas in the centre of midfield due a lack of discipline, probably ingrained from his time in a free role at Arsenal.

The second point, and most worrying for Chelsea, is that both Arsenal and Barcelona fans both didn’t understand why Fabregas couldn’t maintain his form for an entire season.

During his later years in north London and the three years in Spain, there was clear contrast between performances and result.

According to Squawka, Fabregas has only created five chances since the New Years Day defeat to Spurs, with one assist.

That is significantly lower than his first six games of the season where he created 47 chances.

Last season for Barcelona, Fabregas scored one goal and delivered three assists in the last 19 games of the season – he scored eight and assisted 10 in the first 19.

Mourinho seems to have realised the regression too with the Portuguese coach opting to move Fabregas higher up the pitch in place of Oscar, as he was in Paris, having operated in a deeper role alongside Nemanja Matic.

Still fighting on three fronts starting with the Capital One Cup final on Sunday, Chelsea desperately need a top-level Fabregas to provide the creative spark which made them so dominant early on in the season.