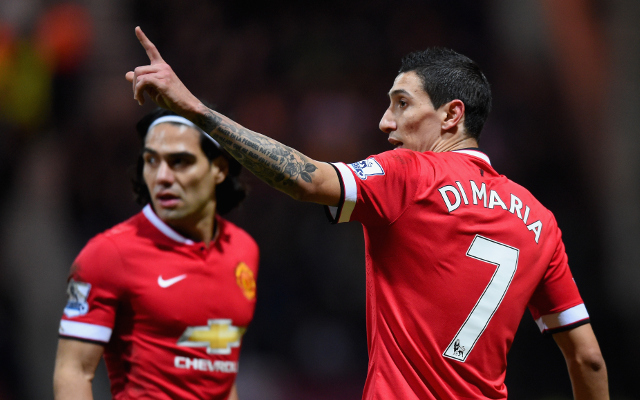 Argentine was replaced at half-time against Sunderland

Louis van Gaal has admitted that Manchester United were better against Sunderland once Angel Di Maria was replaced by Adnan Januzaj.

The Argentine hardly lived up to his £59m price-tag against the Black Cats and was hooked at half-time following a display to forget with the Belgian coming on in his stead in the second half.

And Januzaj helped turn the game around for United, almost fashioning a chance in the first few minutes of the second half .

Following the match, Louis van Gaal insisted it was clearly the right decision to replace Di Maria, saying that he did so because he wanted to win the match.

“I want to win. I have to observe and analyse. We were better in the second half so I cannot say it was the wrong decision,” said Louis van Gaal following the win, reports Daily Express.

“We have to give [Di Maria] time to adapt and lift his confidence again. He’s a human being and makes mistakes like everyone else.”

Wayne Rooney rescued the Red Devils with a brace and ensured United continued their quest to finish in the top four at the end of this season.

However, the form of Di Maria continues to be a growing concern with a number of lacklustre displays in recent weeks.