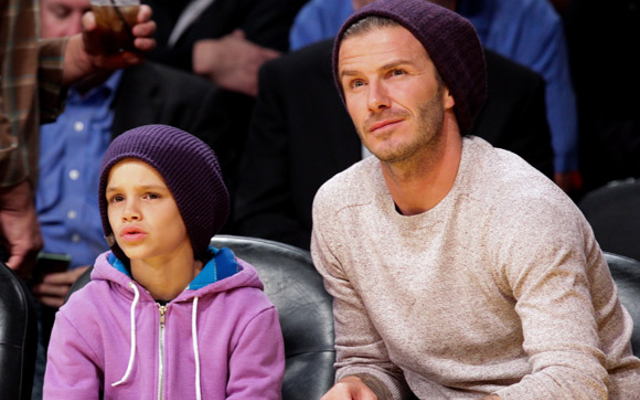 Beckham’s sons have long road before they succeed at Arsenal.

David Beckham has revealed the difficulties he endured when having to referee an Arsenal youth game which involved son Romeo.

For Beckham senior however, a casual trip to the Hale End Academy to watch a game quickly escalated in him having to referee the match due to the scheduled match official being absent.

Beckham revealed on the Graham Norton Show that the situation suddenly became awkward as he knew how emotional Romeo can become when things don’t go his way.

The nightmare would strike when his son made a last ditched tackle which was an obvious penalty, and all eyes were on the former England skipper.