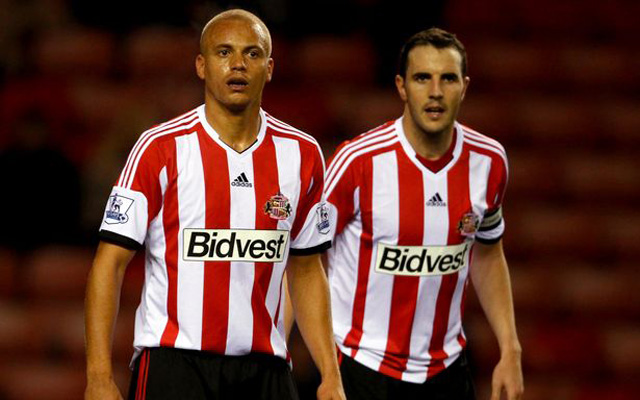 You have to feel sorry for Sunderland. Having already conceded a penalty, referee Roger East quickly brandished the red card. Unfortunately, the official was under the impression that it was Wes Brown who’d brought down Radamel Falcao, rather than John O’Shea.

Surely they don’t look that similar?